“At a moment where we have a limited window of opportunity to try and make headway on mitigating the effects of climate change, to be playing this recklessly with the facts is beyond any partisan battle,” says author Chris Turner, an award-winning environmental writer. “It’s absolutely unforgivable.”

In The War on Science: Muzzled Scientists and Wilful Blindness, Chris argues that Stephen Harper’s attack on science is the most vicious assault ever waged by a Canadian government on the fundamental principles of the Enlightenment. It won the Freedom to Read Award from the Writers’ Union of Canada and is shortlisted for the Alberta Literary Award for Nonfiction.

The National Post says it is “a tremendously important book, and you owe it to your country to read it.”

Chris’ previous books include The Leap and The Geography of Hope, a Globe and Mail Best Book of the Year and finalist for the Governor General’s Award for Nonfiction, and the international bestseller Planet Simpson: How a Cartoon Masterpiece Documented an Era and Defined a Generation. His new essay collection, How to Breathe Underwater: Field Reports from an Age of Radical Change-Essays and Reportage, calls for us all to meet the challenges of sustainability–ecological, economic, and cultural–with innovation.

When not writing or consulting, Chris enjoys life in Calgary, Alberta, with his wife and two children. 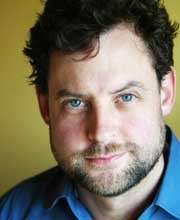