Christopher Morris has an uncanny knack for landing in the centre of monumental, real-life dramas. In 2008, he was in Islamabad studying Pakistan’s role in the Afghan war when a dump truck filled with explosives blew up in the city. On a trip to Tblisi, Georgia, he found himself in the middle of a massive anti- government protest. While working with Afghani actress Parwin Mushatel, he learned of her husband’s assassination and witnessed death threats against her and her children.

Christopher’s fearless dedication in turning headlines into actor’s lines has earned him the 2012 John Hirsch Prize for Theatre. In the citation, Robert Sirman of the Canada Council says that the groundbreaking and innovative work Christopher produces out of such experiences is “on the cutting edge of new creation.”

As an actor, Christopher has worked with some of the country’s most highly regarded theatre companies, including Soulpepper, the Tarragon Theatre, Necessary Angel. In 1997, he debuted the role of the convict in The Convict Lover, which premiered in Kingston.

But it is as a director and playwright that Christopher is establishing his reputation, first with challenging plays such as Judith Thompson’s The Crackwalker and David French’s Salt Water Moon, and now with works of his own creation.

Christopher is founder and Artistic Director of Human Cargo, a multi-disciplinary theatre company that uses on-location interviews and international artistic collaboration to explore the most pressing social and political issues of our times.

To create Dust, a play about the impact of war on families of soldiers in Canada, Afghanistan and Pakistan, Christopher and his actors spent several years interviewing families from all sides of the conflict, including the Taliban. He and his co-playwrights won a Dora Mavor Moore award for Return: The Sarajevo Project, then he travelled to Pond Inlet, Nunavut to co-found the Tununiq Arsaniit Theatre Group which produced, Night, which premiered at the National Arts Centre in 2010, the first play performed there in Inuktitut. Night has been adapted as a novel for youth (Annick Press, 2013), and as a screenplay that is scheduled to shoot in Pond Inlet in 2014.

Christopher graduated from Queen’s University and has made several returns to the city to work on productions with the Drama Department and the Grand Theatre. When he isn’t travelling, he makes his home in Toronto. Currently, he is developing play in Israel called The Runner, based on an Orthodox organisation that collects and identifies people’s remains. 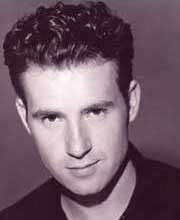