Clarke Mackey has wanted to be a filmmaker since he first saw Nobody Waved Goodbye at the age of thirteen. Two years later, he made his first film—a half–hour drama about adolescence— which won second prize at the NFB’s Amateur Filmmaker’s Competition and was shown on the CBC.

Clarke has gone on to forge a stellar career as a director, cinematographer, editor, producer and writer, whose award–winning projects have ranged from directing episodes of Degrassi Junior High to directing and producing feature films and working with interactive multimedia. He is the founder and director of

Cinema Kingston as well as a programmer and board member for the Kingston Canadian Film Festival. He is also the head of the Department of Film and Media at Queen’s, where he has taught for the past twenty years.

Clarke’s new book, Random Acts of Culture, is a considered, timely, and provocative response to the popularity of amateur, participatory, and DIY culture on the web and elsewhere. The book explores the idea of vernacular culture: all those creative, non-instrumental activities that people engage in daily—activities that provide meaning in life. Clarke argues that literacy, imperialism, industrialization, and electronic technologies have produced a culture of spectatorship, apathy, and powerlessness—but that practicing and celebrating all the activities that comprise vernacular culture at the expense of passive consumer culture has far-reaching beneficial effects on all aspects of human life. 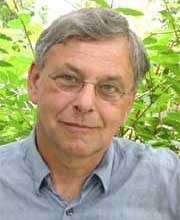 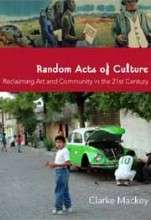