Columpa Bobb is an award-winning actor, writer, and instructor. Acting credits span screen and stage, including roles with the Firehall Arts Centre and Native Earth Performing Arts Inc. TV appearances include Mary Cook on CBC’s North of 60 and guest roles on The Rez.

She is the author of numerous plays, including Singing Shards, Jumping Mouse (which was nominated for a Dora Mavor Moore Award), The Race, and co-writer of the sketch comedy A House Fell on Our Sister with Leith Clark.

Hope Matters, co-written with her mother Lee Maracle and sister Tania Carter, is a collection of poetry focused on the journey of Indigenous people from colonial beginnings to reconciliation. Author Judith Thompson described the poems, written in alternating voices, as “utterly unique and yet there is a striking commonality: commonality of blood, of perspective, and most of all, how the immense power of female desire is expressed through the power and dynamism of the natural world.”

Columpa was Artistic Director and lead Instructor of Manitoba Theatre for Young People’s Aboriginal Arts Training and Mentorship Program, and a founding member of both the Indigenous Peoples Arts Alliance and the Eastern Empowerment through the Arts Facilitators.

She lives in Toronto. 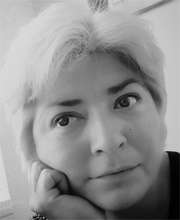