Sheldon Funk, the protagonist in Corey Redekop’s second novel, Husk, is a gay actor living in Toronto who, after dying in a bus bathroom, comes back to life during his autopsy as a zombie.

Zombies have been around since the 1978 cult film Dawn of the Living Dead, but not until recently has the now-obvious connection been made between being a zombie and being a normal person living in an impersonal, urban world. In Husk, Corey seizes on a wildly dystopic character to create a biting satire of contemporary society.

Corey was born in northern Manitoba, moved to Winnipeg, made his way east to New Brunswick where he briefly studied law, then moved to London, Ontario, where he worked as a librarian – an experience that helped produce his first novel, Shelf Monkey, about a clandestine group of bibliophiles who secretly burn undeserving books. As Quill & Quire points out, Shelf Monkey is a tongue-in-cheek protest against “the triumph of marketing over talent,” which is sweetly ironic, since Corey now lives in Fredericton, New Brunswick, where he works as a publicist for Goose Lane Editions.

Sheldon Funk, Corey’s self-aware zombie, reflects poignantly on his fate, often wondering what exactly is the difference between his own condition and that of the living people around him. Readers can identify with Sheldon – an amazing accomplishment in the zombie genre. As Andrew Pyper observes, “Sure the protagonist is a zombie, but…as Redekop rightly observes, we’re all zombies now.” 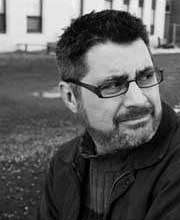 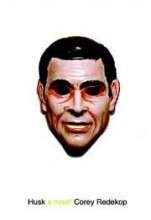