“No one can make Damian Rogers uncool,” says Michael Lista.

Damian is creative director of Poetry In Voice, a national poetry recitation contest for Canadian high school students. Students compete in their local schools and winners congregate in Toronto to compete at the national level to share $10,000 dollars in prize money. Founded by Scott Griffin and the Griffin Trust for Excellence in Poetry, the contest is designed to raise awareness of the crucial role poetry plays in our culture.

Damian herself is a poet of remarkable gifts, both on the stage as a performer and on the page. She penned the lyrics for Blue Rodeo’s famous hit, “Blue House,”
maintains a fabulous blog, and published a debut collection of poems, Paper Radio, with ECW in 2009. Paper Radio was shortlisted for the 2010 Relit Awards and the Pat Lowther Award. Indie-rocker Joe Pernice describes the poems as “very brave…they pivot and then drive on with hope because, well, they have to.” Canadian singer-songwriter Greg Keelor described the nostalgic impact of her writing: “Sometimes memories are so distant, we only remember them when an old friend reminds us of those last events. Damian Rogers is such a friend.”

Damian’s work has appeared in Brick, MoonLit, Taddle Creek and most recently in The Walrus. This fall, Baseline Press will publish a chapbook of Damian’s work.

Damian earned her graduate degree from the Bennington Writing Seminars at Bennington College. She was born and raised in suburban Detroit and now lives and works in Toronto. 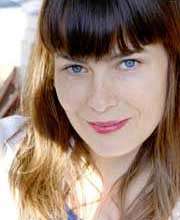 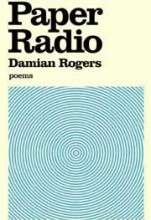