Damian Tarnopolsky is a novelist, editor, reviewer, teacher, and now playwright. His novel Goya’s Dog, the story of a dyspeptic British painter’s unhappy World War II exile in Toronto, was praised as “very funny and biting” by The Globe and Mail and “a compelling story of an artist at war” by Quill and Quire. It was nominated for the Commonwealth Writers’ Prize for Best Book (Canada/Caribbean) and the Amazon.ca First Novel Award. Lanzmann and Other Stories was nominated for the ReLit award. Eye weekly praised its “authority, Nabokovian play and bawdiness” and “perfect, twisty sentences.” His fiction has also been nominated for the Journey Prize and the CBC Literary Award, among others, and his essays and reviews have appeared in The Walrus, The Globe and Mail, The Toronto Review of Books, Reader’s Digest, Atlantic Books Today, and elsewhere.

Damian is this year’s winner of the Voaden Prize National Competition for his play The Defence, which will make its stage-reading debut at Kingston WritersFest.

Damian currently works as an editor at Slingsby and Dixon in Toronto, and teaches writing to healthcare practitioners with the Centre for Faculty Development at St. Michael’s Hospital and at Massey College, where he was the Barbara Moon Fellow from 2016 to 2019. 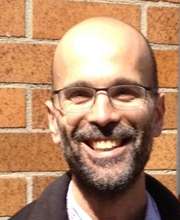