Daniel David Moses is “a coroner of the theatre who slices open the human heart to reveal the fear, hatred and love that have eaten away at it,” says Kate Taylor, of the Globe and Mail. Daniel, a registered Delaware Indian, grew up on a farm on the Six Nations lands located on the Grand River near Brantford, Ontario. Although a gifted poet, he is most famous for his compelling and frequently surreal plays which explore Native mythology in contemporary settings.

Kyotopolis is a theatrical fantasia about the ways we communicate and the future of the Native identity in the Global Village, while Almighty Voice and His Wife
shakes up a familiar story from the Saskatchewan frontier, reimagining it from the postmodern late twentieth century. This ‘renegade Indian story’ transforms into both an eloquent tale of tragic love and an often hilarious, fully theatrical exorcism of the hurts of history.

In Daniel’s plays, this historical trauma frequently insists on making itself felt in the present through a kind of “haunting” that, while referencing colonial  injustice, remains intensely personal. Of his Coyote City, a play nominated for the Governor General’s Award, theatre critic Ronald Bryden wrote, “I’ve read nothing that coveys so powerfully how Canada and the future look to the young native men and women who choose the company of their own dead in preference to life in a society with no place or role for them.”

Among his many honours, Daniel has won the Harbourfront International Authors Festival Prize and a Chalmers Arts Fellowship.

In addition to being a dramatist Daniel is also an accomplished poet, essayist, teacher, and frequent writer in residence. Currently, he teaches at Queen’s University Drama Department in Kingston, Ontario and pursues independent writing projects. 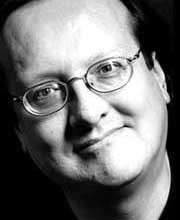 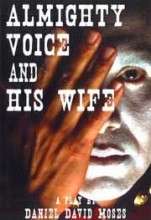