Dan Wells claims that he fell into his twin professions of bookseller and publisher more or less by accident. But this self-described “failed historian of the Scottish Enlightenment” was always a lover of lucid prose, elegant argument, and books that look and feel as beautiful as the writing they contain. It was only a matter of time before he found the perfect vehicle to develop his intertwined passions.

Founder of the famed independent Canadian press, Biblioasis, Dan edits most titles, oversees editorial matters, and supervises production and distribution. He also manages stock, directs marketing and promotion, and is the primary developer of commercial projects. Not only that, but he collaborates with writer and editor Alex Good to solicit and edit content for the highly regarded literary journal, Canadian Notes and Queries.

Partly due to the influence of editor extraordinaire John Metcalf, Biblioasis has developed a deserved reputation as a Canada’s premier short story press. But the house is equally renowned for its fine list of international poetry, fiction, and nonfiction in translation, overseen by Stephen Henighan.

“We’re a motley crew,” Dan says. “What keeps us together is a rather volatile mixture of faith that this is something worth doing…And, without trying to make too much of it, some concept of service is at the heart of what binds us as well: a belief that the work we do matters, and makes the world a better place.”

Dan lives and runs his press in Windsor, Ontario. 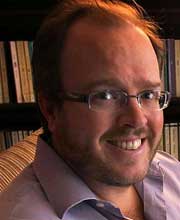