Darrell Bricker, CEO of Ipsos Public Affairs, is a pollster, public speaker, and political commentator. He is also the co-author of seven best-selling books based on his in-depth knowledge of public opinion research in Canada. His latest release, Next: Where to Live, What to Buy, and Who Will Lead Canada’s Future follows on the heels of Empty Planet: The Shock of Global Population Decline.

Armed with political science degrees specializing in research, Darrell worked as Prime Minister Stephen Harper’s Director of Public Opinion Research before being hired by the Angus Reid Group, a polling and analysis company that eventually merged with Ipsos.

Darrell is a senior fellow with the Munk School of Global Affairs and Public Policy at the University of Toronto. He is regularly interviewed by media outlets including CBC, CNN, BBC, Bloomberg, and Al Jazeera and contributes articles to the National Post, The Globe and Mail, and France’s Le Monde. 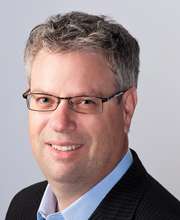