The multi-talented Dave Bidini—musician, award–winning writer, and sports enthusiast—brings wild intelligence and wit to all his creative pursuits.

A founding member of the acclaimed indie-rock band, The Rheostatics, Dave’s latest musical ventures are with The BidiniBand, whose wide–ranging first collection, The Land is Wild, came out to wide acclaim in 2009.

Dave has written regularly for the National Post, This Magazine, and other publications, and his essay, “Travels in Narnia” won Gold at the National Magazine Awards in 2009. His film, Five Hole: Tales of Hockey Erotica, was named a top–ten Canadian Short at the Toronto Film Festival in 2009.

He is the author of ten books, most of them about his twin passions of sports and music. Baseballissimo was named a Notable Book of 2005 by USA Today and has been optioned for film by Geddy Lee, while The World in 57 ½ Gigs won ringing praise from Booker–Award Winning writer and musician Roddy Doyle: “Bidini’s enthusiasm, his love of the music and the world, hop off the page. I loved this book.”

Dave’s most recent release, Writing Gordon Lightfoot, is a brilliantly original look at a folk-rock legend and the momentous week in 1972 that culminated in the Mariposa Folk Festival. As Dave explores the remarkable week leading up to Mariposa, he also explores the life and times of one of the most enigmatic figures in Canadian music: Gordon Lightfoot, the reigning king of folk at the height of his career. Through a series of letters, he addresses Lightfoot directly, questioning him, imagining his life, and weaving together a fascinating, highly original look at a musician at the top of his game. By the end of the week, the country is on the verge of massive change and the ’72 Mariposa folk fest—complete with surprise appearances by Bob Dylan, Neil Young, Joni Mitchell, and yes, Lightfoot—is on its way to becoming legendary.

Dave lives with his family in Toronto; this is his second appearance at Kingston WritersFest. 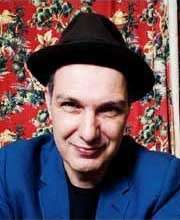 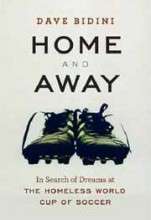