David Adams Richards’ latest novel, The Tragedy of Eva Mott, promises to be a startling novel of concentrated power. In the shadows of an asbestos mine, the values of a whole community are changing in sinister ways. The story of Eva Mott and the book that bears her name will no doubt haunt readers.

Now 71 and living in Fredericton with his wife Peggy, David has been made an honorary Miramichier, allowing him to legally fly fish in the area that lies at the heart of his powerful literature.

Indeed, David’s stories exploring the hard-won treasures of tragedy in this Maritime valley have established him as one of Canada’s most celebrated authors.

David won the Governor General’s Award for Nights Below Station Street in 1988, and won again for his non–fiction book, Lines on Water, A Fly Fisherman’s Life on the Miramichi, a decade later.  He is one of only three writers to have received the Governor General’s Literary Awards in both the fiction and non-fiction categories. In 2000, Mercy Among the Children shared the Giller Prize with Michael Ondaatje’s Anil’s Ghost in 2000. David has also won two Gemini Awards for his screenplays for Small Gifts and For Those Who Hunt the Wounded Down. In 2009, he was named to the Order of Canada for his contribution to Canadian literature.

“I refuse to exploit the cynical. I’d rather celebrate the human,” David said in a CBC Interview following his Giller Prize win. That life-affirming attitude characterizes all his work, however dark its sources.

Appearing in: 27. The Last Chapter Brunch 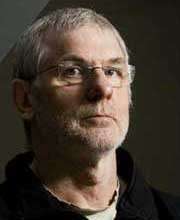