Graphic novelist and writer David Alexander grew up reading comic books, watching cartoons, and playing with action figures. When the time came to grow up and put away childish things, he did – except for the comic books.

His love of the graphic novel form, his desire to create, and his need to educate has resulted in six award-winning graphic novels, including the 7 Generations: A Plains Cree Saga series, The Life of Helen Betty Osborne, and most recently, Sugar Falls: A Residential School Story. Most recently, 7 Generations: A Plains Cree Saga, the omnibus graphic novel that includes all four issues – Stone, Scars, Ends/Begins, and The Pact received two nominations for the 2013 Manitoba Book Awards: Best Illustrated Book and Best Book for Young People.

“Communicating the history of Aboriginal people in this country is challenging,” writes Justice Murray Sinclair, Chair of the Truth and Reconciliation Commission of Canada. “Dave Robertson’s graphic novels take advantage of an important means of communicating that history to Canada’s youth, especially Aboriginal youth, who have gravitated to this genre.”

David’s belief in the graphic novel as an educational tool is proved by the sheer quantity of his books that reside in schools and libraries. In works both historical and contemporary, he focuses on such difficult themes as racism, sexism, and indifference – themes he manages to make accessible to readers of all ages and skill sets.

“This is our story,” she writes. “Healing lies in knowing our past, not just of our lives, but also the distant past of our ancestors. The interweaving movements from present to past to present are like waves of cleansing waters in to the present, and back out to that distant past.”

David’s work has recently been featured in Manitowapow: Aboriginal Writings from the Land of Water. He is at work on an upcoming graphic novel series entitled Tales From Big Spirit, a short-story collection, and a television show of his creation entitled The Reckoner. 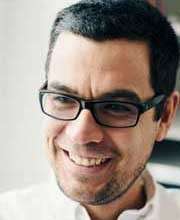 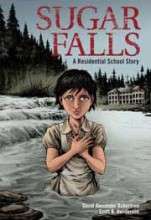