David is an author and professor of contemporary literature, creative writing, and cultural studies at Simon Fraser University. His scholarly criticism has been published in numerous journals as well as in academic books such as the Oxford Handbook of Canadian Literature, and Narratives of Citizenship.

His latest work of creative non-fiction, I’ve Been Meaning To Tell You: A Letter To My Daughter, is an intimate meditation on the politics of race, drawn from David’s experiences as the son of Black and South Asian migrants from Trinidad. The Globe and Mail calls it “poetic and moving, a slim but weighty book that excavates things often left unsaid.”

David grew up in Toronto and lives and teaches in Vancouver. 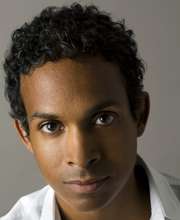