In David Helwig’s new collection of short fiction, Simon Says, pivotal moments in the life of Simon McAlmond are revealed entirely through dialogue. What is said by Simon, to Simon, and about Simon creates a subtle and complex portrait that is as affecting as it is inventive.

Simon Says is the forty–fourth book from a writer who is known not only for his prolific mastery of wide range of literary genres, but for his consistent fascination with form. Since his first book in 1968, he has published story collections, novellas, and over 20 novels, five of which are set in Kingston where he lived for three decades, teaching at Queen’s University as well as inside Collins Bay Penitentiary, an experience that led to a non-fiction work, A Book About Billie. In 2006, he published a memoir, The Names of Things. Over the course of his life, David has published more than ten collections of poetry.

With more than forty published works of poetry and prose, a rich and varied background as an editor, journalist, essayist, playwright, and professor, David is the very definition of a man of letters. An important mentor to emerging writers, he founded the Best Canadian Stories series published by Oberon and for many years was its chief editor. In 2009, he was appointed to the Order of Canada and in 2008, he was named Poet Laureate of Prince Edward Island, where he has lived since 1996. In 2007, David was awarded the Writers’ Trust of Canada Matt Cohen Prize for distinguished lifetime achievement.

David now lives in the village of Eldon, Prince Edward Island, where he continues to be active as both writer and editor. Kingston WritersFest will launch The Essential Tom Marshall co-edited by David and Michael Ondaatje. 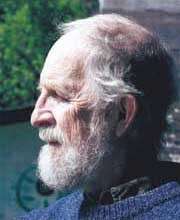