David Homel is a cultural multi–threat: award–winning writer and translator, editor, journalist, teacher, and filmmaker. His material ranges widely, from a recent novel, The Speaking Cure, set in Belgrade, describing the personal and political tumult of war, to his books for kids, Travels with My Family and On the Road Again! More Travels with My Family. Written with his partner, award–winning Canadian author and illustrator Marie–Louise Gay, these occupy a junior armchair–travel genre all their own.

Born in Chicago, David left for Europe at the end of the tumultuous 1960s, eventually returning to settle in Montréal, where he now lives with his family. Of his seven novels, translated into several languages and published around the world, The Speaking Cure won both the J.I. Segal Award of the Jewish Public Library, and the Hugh MacLennan Prize for Best Fiction from the Québec Writer’s Federation.

David’s translations of over 30 books, many by Québec authors, have won nominations and awards, including the Governor General’s Literary Award for translation in 2001 and 1995.

In Midway, his latest novel, David’s main character approaches dromomania —the male mid–life crisis—after having written an award–winning essay on the subject—but then questions, inevitably, the direction his own life has taken. As Marie–Claire Blais has said, David’s novels are “acts of witnessing, and his characters carry the conscience of our times.” With its wry, unaffected tone, his writing bears comparison to Graham Greene’s.

The two children’s books David and Marie–Louise Gay have written together are humorous stories of a family’s trips off the usual holiday path, with harrowing escapes from hurricanes, alligators, and zinging bullets in Mexican uprisings, all told from the point of a young, slightly sardonic son—who’d prefer just to go to Disneyland, thanks. 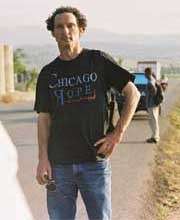 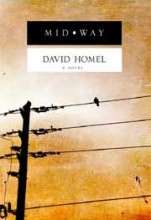