David Macfarlane is a celebrated journalist and writer. His acclaimed family memoir, The Danger Tree,was described by Christopher Hitchens as “one of the finest and most intriguing miniature elegies that I have read in many a year.” His novel, Summer Gone, was short-listed for the Giller Prize. Based on The Danger Tree, The Door You Came In a two-man show (co-written and performed with Douglas Cameron) has been produced, to acclaim, from St. John’s, Newfoundland, to Stratford, Ontario.

David’s new memoir, Likeness: Fathers, Sons, a Portrait explores territory from every parent’s worst nightmare – the death of a child. The multi-generational story is told in a series of non-sequential vignettes, that rise, as memories do, at random, weaving together overtime to creative a cohesive portrait of David’s father, his own story, and his son Blake. The book is occasionally hilarious, and sometimes heart-breaking, a meditation on love, memory, and the fathomless depths of grief. In his review, author Ian Brown says “as soon as you turn the first page into David Macfarlane’s Likeness, you are gone, deep into the nest of his effortless story-telling, as the story moves from a painting to a town to a father to a son, from memory to grief and back again, indelibly mapping as it goes the uncountable but always surprising places and people and histories that make us not just who we are, but that make us each other. An unforgettable book.”

David lives in Toronto with his wife, designer Janice Lindsay.

Appearing in:
22. The Ache of Memory: Fathers, Sons, and Losses 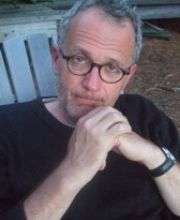