David Mason Books has been a mecca for book lovers and book collectors in Toronto for more than 40 years, ever since David, then apprenticing with the legendary Joseph Patrick, set up his first modest shelf of Canadiana in Joseph Patrick Books. Getting that far was a long, bumpy road for David. Expelled from school at the age of 15, he bummed around Europe for the next decade and a half, living for the most part near the Beat Hotel in Paris and spending more money on books than on food.

In his new memoir, The Pope’s Bookbinder, David gives us not only a blow-by-blow of his early years, but also an “endearingly gruff” account of his phenomenal
success as a book-lover’s bookseller. David was, in fact, the Pope’s bookbinder: he helped prepare a volume in white morocco leather for Pope John XXIII. His book is filled with lurid tales from the book trade: how he outsmarted L.M. Montgomery’s family for her papers; how he did endless end-runs around bureaucrats to preserve important public documents; how he anticipated, and fed, the market for early Canadiana.

As Dennis Lee puts it, The Pope’s Bookbinder is perfect “for anyone who loves books too much.” But it’s more than a collection of thrilling anecdotes. It is also the portrait of a book collector, a man who felt a moral duty to preserve the literary history and traditions of his country, and to assert that such materials have value, and to ensure that they ended up in the hands of those who appreciate that value. 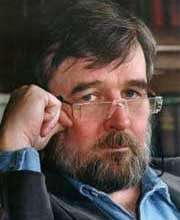 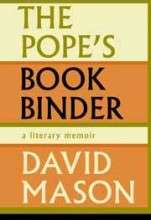