As a child, Deborah Ellis was “a social isolate” with a rich fantasy life. Now, she’s author of the international bestseller The Breadwinner, as well as many works of fiction and non-fiction about children all over the world. Deborah gives most of her royalty income to worthy causes such as Street Kids International and UNICEF. The Breadwinner trilogy alone provided more than $1 million in donations.

Moon at Nine, her recent book, is set in Iran and based on a true story. “The novel is a riveting tale of young girls being true to themselves and their love, set against a political and cultural backdrop few readers will have first-hand knowledge of,” writes Quill and Quire.

Deborah’s previous book, Looks Like Daylight: Voices of Indigenous Kids, is a compelling collection of interviews with Aboriginal and Native American youth aged nine to eighteen. It won the 2013 Aesop Prize from the American Folklore Society.

Another new book for Deborah is The Cat at the Wall, which is set on Israel’s West Bank, where a cat sneaks into a small Palestinian house that has just been commandeered by two Israeli soldiers. As always, Deborah addresses issues of political and social responsibility in a story that speaks to young readers.

A lifelong small-town Ontarian, Deborah lives in Simcoe. She has won the Governor General’s Award, the Ruth Schwartz Award, and the Vicky Metcalf Award for a Body of Work. She received the Ontario Library Association’s President’s Award for Exceptional Achievement, and has been named to the Order of Ontario. 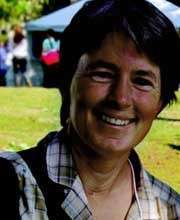 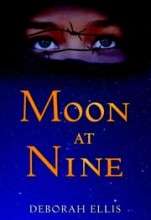