“If Deborah Kimmett were any funnier the audience would have to wear waterproof mascara,” says the Osprey News. Whether for the stage or the page, Deborah loves to write. Born and raised in Napanee, she studied radio

broadcasting at Loyalist College in Belleville. At the age of twenty-two, she started doing improv at the Second City in Toronto, and she wrote and directed there for the next twenty years.

Besides her work for Second City, Deborah has had seven one-woman shows produced in locations across Canada, and she is a regular at the Winnipeg Comedy Festival. In 1994, she was nominated for a Governor General’s Award for her stage play, Miracle Mother.

Deborah has been a staff writer for the W Network, as well as for CBC Radio’s Sunday Showcase, The Debaters, and Laugh Out Loud. Currently she writes for magazines such as Canadian Living and Kingston Life, whose editors nominated her for a National Magazine Award for Humour in 2009. Reality is Over-Rated, her book of essays, is a compilation of the wit and wisdom she has honed over her long career. 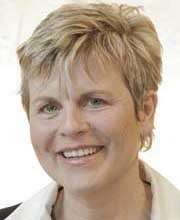 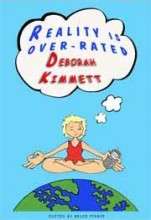