In 1805, in Shediac County, New Brunswick, a mentally disturbed man named Amos Babcock is hanged for the brutal murder of his sister, Mercy Hall. Two hundred years later, the case is reopened by a curious forensic anthropologist, who feels that the evidence, however cold, tells a different story than the one accepted at the time. The result is the true-crime investigative thriller, The Ballad of Jacob Peck.

Before writing Jacob Peck, Debra Komar worked for twenty years in the killing fields of Bosnia, Serbia and Iraq, literally unearthing evidence of human rights violations for the United Nations and Physicians for Human Rights. After retiring to her home in Annapolis Royal, Nova Scotia, she continued thinking about how powerful individuals – Hitler, Pol Pot, Idi Amin – often get others to do their killing for them.

When she came across the case of Mercy Hall, and learned that Amos Babcock may have been manipulated by a fiery itinerant preacher named Jacob Peck, she knew she had found the perfect way to tell that larger historical story.

Debra doesn’t set out to prove or disprove Babcock’s guilt. “Just having people’s stories told as they want to be heard is a measure of justice,” she says. Rather she examines nearly 200 sources for hitherto unpursued clues. She finds holes in the historical record, and traces the hidden lives of the trial’s minor characters – which is how she came across the curious case of Preacher Peck.

“In a post 9/11 world,” she says, “the idea of Imams, mosques and people who gain control of other people to act…is the exact same question as Peck. The examples keep coming up, and we still don’t have an answer to the question of culpability.” 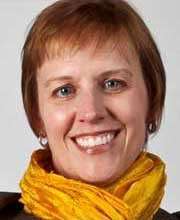 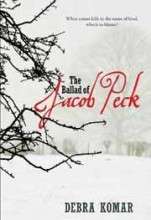