Cellist Denise Djokic has been praised worldwide for her sincere, powerful interpretations and her bold command of the instrument. Instantly recognized by what The Strad describes as her “arrestingly beautiful tone colour,” she has appeared with all Canada’s major orchestras, as well many in the U.S.A. and abroad. “You can tell the presence of musical greatness often within a bar or two,” says the Globe and Mail, “and Djokic let us know.”

As a recitalist, Denise performs frequently with her long–time musical partner, pianist David Jalbert. Recent performances have brought them to Washington D.C., San Francisco, Mexico City, Vancouver, Chicago, Tuscon, and New York’s Bargemusic. Denise and David also tour with Piano Plus, an organization which
brings performances to Canadian communities in which the opportunities to hear live concerts are limited.

Denise has been the subject of a BRAVO! TV documentary entitled Seven Days, Seven Nights, and has also appeared as a speaker at IdeaCity in Toronto, and at the Women In Leadership Conference at Queen’s University. MacLean’s Magazine named her one of the top “25 Canadians who are Changing our World”, and ELLE Magazine declared her one of “Canada’s Most Powerful Women”. 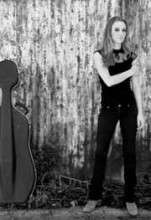