While watching events unfold during the Iraq War, Dionne Brand asked herself, Why go to bed? “It was impossible to sleep while something so momentous [was happening] in the lives of people somewhere else.” she says. “I felt it was some sort of betrayal to rise from my chair and go upstairs to bed.”

It is easy to imagine that this prolific writer never sleeps.

Dionne Brand is a lifelong advocate, activist, novelist, essayist, children’s writer, filmmaker, and most notably, a poet. She has published ten collections of poetry including Inventory (2006) and No Language is Neutral (1990), and four novels including What We All Long For (2005) and At the Full Change of the Moon (1999), and dozens of essays, articles, and memoirs, as well as seven NFB documentary films, including Under One Sky: Arab Women in North America Talk About the Hijab (1999). Of her decision to become a writer, she says, “When I was in elementary and high schools, none of the books we studied were about Black people’s lives. I felt that Black people’s experiences were as important and as valuable, and needed to be written down and read about. This is why I became a writer.”

Ossuaries, which won the 2011 Griffin Prize, is about the bones of fading cultures and ideas, about the living museums of spectacles where these bones are found. Central to the narrative poem is the story of Yasmine, a woman living an underground life, fleeing from past actions and regrets, in a perpetual state of  movement. The Griffin Prize judges noted, “Brand’s innovation calls forth an entirely new sort of reading. The book is a triumph.”

Dionne’s writing is intensely about the refugee, whether national, personal, or emotional. She writes about issues of belonging – or not belonging – exploring complex notions of boundaries and place. As a literary voice, she speaks against racism, discrimination against women and gay and lesbian communities; she writes against economic disparities and criticizes political power structures. Despite such passionate and potentially explosive subject matter, one reviewer comments, “Dionne Brand exults in the power of language and deploys it to lure us from harsh reality to metaphysical heights. [Her] prose, so close
to poetry, [is] almost musical.” (National Post)

Besides the Griffin Prize for Ossuaries, she has also won a Governor General’s Award and Trillium Book Award for Land to Light On, and the Pat Lowther Memorial Award for thirsty. In 2006, she was the recipient of the prestigious Harbourfront Festival Award.

Dionne has worked on both coasts, taught in Canada and the United States, lived in rural Ontario, and returns to visit the beaches she was raised on any time she is in Trinidad. “I am directed by rootlessness,” she says. “I want to draw new maps.” Born in Guayguayare, Trinidad, in 1953 and raised there by her grandmother, Dionne immigrated to Canada in 1970, settling in Toronto. She is nearing the end of her term as the city of Toronto’s Poet Laureate. 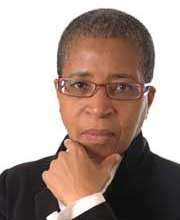 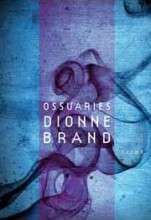