“My responsibility is to treat every text as an offering, to be transformed, but hallowed, as it is shepherded from one tongue to another.”

Montcalm & Wolfe is among his most recent translations. Written in French by renowned Québécois writer Roch Carrier, the dual biography follows the protagonists on the Plains of Abraham.

Donald, born in Winnipeg in 1940 and a Montrealer since 1966, came to French through his mother. She moved from Romania to Canada around 1920 when she was fifteen, after the early death of her own mother. “She studied French there, and had this wonderful, idealistic attachment to the language,” Donald explains. “It was connected to her nostalgia for her youth.”

He took French courses in university and, in the mid-1960s, spent a year and a half in Paris “teaching English and going to movies.” His first venture into literary translation came in the late 1980s. Since then, he has been nominated for the Governor General’s Award five times, and has won on three occasions.

Donald was for many years a documentary film director at the National Film Board of Canada, and more recently as an independent filmmaker. He has made many films on arts and culture in Canada, literature included: films on Irving Layton, F.R. Scott, P.K. Page, Al Purdy, Earle Birney, Ralph Gustafson, and the playwright Tomson Highway.

Donald is married to Sheila Fischman—in his words, the “doyenne of Canadian literary translation.” They live in Montreal.

Appearing in 31. Montcalm and Wolfe 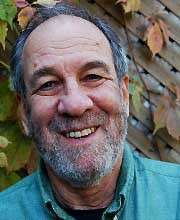