“We do not have enough people, given our dispersed geography, to form the cultural, educational and political institutions, the consumer markets, the technological, administrative and political talent pool, the infrastructure-building tax base, the creative and artistic mass necessary to have a leading role in the world.”

The world may need more Canada, but we need more Canadians. That’s the thesis of Doug Saunders’ new book, Maximum Canada: Why 35 Million Canadians Aren’t Enough. If we are to realize our post-colonial destiny, says Saunders, we need a bigger population – about three times bigger. That’s a controversial thesis, but Saunders argues that doing so will create lasting prosperity, build equality, and ensure economic and ecological sustainability. And we can’t do it without a large increase in immigration.

Doug’s previous books include The Myth of the Muslim Tide and the Donner Prize-winning Arrival City: The Final Migration and Our Next World, which the Guardian claimed, “may be the best popular book on cities since Jane Jacobs’s The Death and Life of Great American Cities half a century ago.” Former European Bureau Chief and current International Affairs columnist of the Globe and Mail and winner of four National Newspaper Awards, Saunders lives in Toronto with his wife, the novelist and columnist Liz Renzetti. 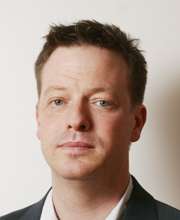