Duncan McDowall began his career in the federal civil service, as research consultant for the Conference Board of Canada and in the Toronto’s financial district. Eventually, he returned to his original vocation of history and became a professor of history, first at Carleton University, and now Queens’. It appears he made the right choice, as Duncan has frequently been named one of Canada’s “most popular professors” by Maclean’s magazine.

He has published numerous books including a best-selling history of Canada’s largest bank, the Royal Bank of Canada, Quick to the Frontier, which won the National Business Book Award. Other books have focused on Canada’s industrial coming of age in the twentieth century. Beyond Canada, Duncan has developed an interest in the history of Brazil and Bermuda, and in 2017, he will publish his study of the modernist Canadian artist John Lyman’s exploration of Bermuda’s famous vernacular architecture. Duncan frequently contributes op-ed pieces and essays in popular history to such national publications as The National Post, The Toronto Star, and The Globe and Mail.

Originally from Victoria himself, Duncan’s family has been associated with Queen’s since his great-great-great grandfather, the Rev. Robert McDowall, helped to found the university in 1841. 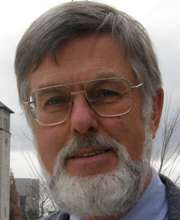