Edeet Ravel is an award-winning author of numerous books, including an acclaimed trilogy on the Palestinian-Israeli conflict. Her work has garnered prizes including the Hugh MacLennan Prize, the Jewish Book Award of Canada and the I. J. Segal Award, and nominations for the Governor General’s Award, the Giller Award, the Regional Commonwealth Prize, the CLA Young Adult Book of the Year, the Arthur Ellis Crime Award and more.

Her latest Middle Grade book, A Boy is Not a Ghost, is the second in a planned trilogy. The first book, A Boy is Not a Bird, won the Canadian Jewish Literary Awards – Children/Youth, was a finalist for the Silver Birch Fiction Award, a Red Cedar Children’s Book Award and Vine Award for Canadian Jewish Literary nominee, and named to CBC Books’ Best Canadian YA and Middle-Grade Books of 2020. Based on actual events, the series follows Natt Silver, a boy who loses almost everything when he and his mother are shipped off to Siberia under Stalin. When his mother is falsely arrested, Natt must learn how to survive on his own: practice being a ghost, change your name and identity if needed, watch out for spies, and never draw the attention of the authorities.

Edeet was born on an Israeli kibbutz and holds a PhD in Jewish Studies from McGill University. She taught for twenty years at McGill, Concordia University and John Abbott College.

Appearing in:
A@S: A Boy is Not a Ghost 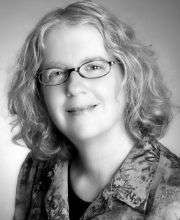 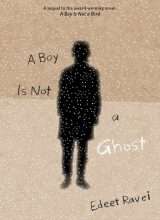