“What I like about fiction most is that it resists closure and exists, if the reader is willing to engage, as a possible encounter–an encounter that is like meeting a human being,” says novelist Eleanor Catton.

The Luminaries, her second novel, made Eleanor, at 28, the youngest person ever to win the Man Booker Prize. She was awarded the Governor General’s Award for Fiction and was longlisted for the 2014 Baileys Women’s Prize for Fiction.

The New York Times writes: “Catton has built a lively parody of a 19th-century novel, and in so doing created a novel for the 21st, something utterly new,” and The Guardian: “Every sentence of this intriguing tale set on the wild west coast of southern New Zealand during the time of its goldrush is expertly written, every cliffhanger chapter-ending making us beg for the next to begin.”

Eleanor holds an MFA from the Iowa Writers’ Workshop and an MA in fiction writing from the International Institute of Modern Letters. She was born in London, Ontario, and currently lives in Auckland, New Zealand. 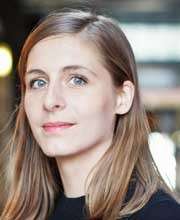 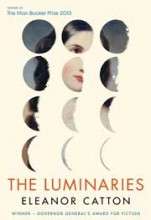