“One of the very finest interviewers of authors I’ve come across anywhere in the world.”—Kazuo Ishiguro to Eleanor Wachtel.

Born and raised in Montreal, Eleanor studied English literature at McGill University. Subsequently she worked as a host of the CBC’s The Arts Tonight from 1996 to 2007, and she has been the host of Writers & Company since its inception in 1990. In 2011, her interview with John le Carré won a Silver Prize for World’s Best Radio Programs at the New York Festivals.

Eleanor has lived in Kenya and the United States, which gives her a unique take on Canadian writing.

One of the world’s most experienced and sought-after reviewers, she has interviewed a panoply of diverse literary talents. Eleanor’s new book, The Best of Writers & Company, celebrates the show’s twenty-fifth anniversary by highlighting several of her best conversations with authors ranging from J.M. Coetzee to Zadie Smith.

“Eleanor is much more than an interviewer: she enters into conversations, opens debates, sketches in background. She interprets and suggests, but never imposes. She projects curiosity, spontaneity, humour and goodwill. Her sense of respect, her tact, her utter lack of obsequiousness … and her uncanny ability to ask difficult questions … have endeared her to readers and listeners.”—Carol Shields 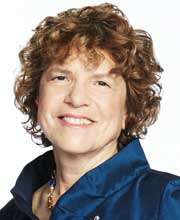