Giller Prize–winning novelist Elizabeth Hay may be best known for celebrating Late Nights on Air, but she prefers to be at her desk in the morning before anyone else is awake. Coffee and muesli pita in hand, she catches the early light. “Its the best time of the day for me,” she says.

The author of eight books—four novels, two story collections, and two works of creative non–fiction—Elizabeth earns consistent acclaim for her deft characterizations and for the warmth, honesty, and grace of her prose, whatever its genre. “The writing is a constant joy, alive with simple images that strike to the heart,” said the Canadian Book Review Annual of The Only Snow in Havana. That book went on to win the Edna Staebler Award for Creative Nonfiction. Meanwhile, her story collection, Small Change, was praised by the Montreal Gazette for its “unflinching meditations on ambivalent love,” and nominated for the Governor General’s Award, the Trillium Award, and the Rogers Communications Writers’ Trust Fiction Prize.

Elizabeth’s first novel, A Student of Weather, earned a Kirkus starred review. Newsday called the book, “enormously moving…an unsentimental testament to
resilience and mettle,” and it was nominated for multiple awards. Referring to her second novel, Garbo Laughs, The Guardian (UK) said, “From start to finish, this book is perfect.” And her third novel, Late Nights on Air, won the Giller Prize, the Ottawa Book Prize, the Libris Award for Fiction Book of the Year—and the love of readers across Canada and around the world.

Alone in the Classroom, Elizabeth’s eagerly awaited fourth novel, is an intricately woven tale of emotional triangles. Featuring half–forgotten mysteries of suspected abuse and murder, the relationship between a charismatic aunt and her niece, and a powerful love story, Alone in the Classroom is “ luminous” according to the Globe and Mail; it is her most tense, powerful, and seductive work yet.

Born in Owen Sound, Elizabeth has lived in England, Mexico, and New York, as well as in Toronto, Yellowknife, and Winnipeg. In 1992, she settled with her family in Ottawa, where she lives today. 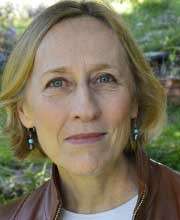 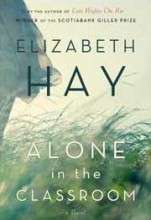