Author and illustrator Émilie Leduc brings a year of childhood vividly to life with her charming illustrations and poetic text in La ronde des mois, which was shortlisted for the Governor General’s Literary Award for Children’s Illustration.

Now, the whimsical book, designed for kids aged two to five, has been released in English. All Year Round was translated by Kingston writer Shelley Tanaka, editor of numerous award-winning young adult novels, an award-winning author of nonfiction for children, a translator, and a writing teacher.

In All Year Round’s twelve short poems, a young boy invites us to experience the seasons in his company, celebrating nature, highlighting holidays and anniversaries, and playing with his cat, Clementine.

From January through December, readers will experience a world of colour, wonder and silliness. March is for celebrating a birthday, July is for swimming upside down, September is for crunchy piles of leaves, and December is for a kingdom all in white.
Plus there’s hot chocolate, happiness, riding a tricycle between green pines, the sun’s beauty as it sets over the beach, and butterflies flitting amid May flowers.

She studied animation at the Cégep du Vieux Montréal, and has worked as a graphic designer, animator and illustrator for various television series. She has received the Michèle Lemieux Award for Illustration. She lives and works in Montreal.

Émilie and Shelley will offer a free ‘Kids on Saturday’ event as part of Kingston Writersfest on September 26th at the Kingston Frontenac Public Library.

Appearing in 36. la ronde des mois/All Year Round, and as an Authors@School presenter. 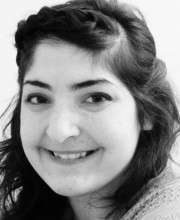 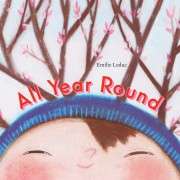