Eric is past Chair of Kingston WritersFest’s Board of Directors and a seven-year alumnus of our stage. We simply couldn’t imagine a Festival without him. He and his wife, artist Susan Friesen, live on Amherst Island near Kingston, and Eric now divides his time between there and Manitoba.

Appearing in 15. International Marquee, and 52. Walking the Path of Hope: Memoir 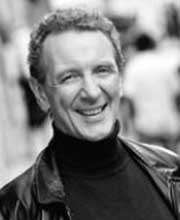