Kingston author Eric McCormack is known for his blend of the absurd and the existential, of crime and the gothic. Nominated for the Governor General’s Award for Fiction, the Commonwealth Writers Prize, and the People’s Prize for Fiction, Eric has been lauded by The New York Times Book Review as “a master stylist.”

Eric began his storytelling career as a high school teacher in Scotland, later receiving a PhD from the University of Manitoba, then to a teaching post at University of Waterloo. Since retiring from teaching, the urge to continue telling stories remains.

His first novel in more than a decade, Cloud is a dark story about the nature of love. Finding the ghosts of his past in a mildewed book, “The Obsidian Cloud: An Account of a Singular Occurrence,” the protagonist follows a trail of love and betrayal from steamy Mexico to the chilly Scotland of his youth. About the juxtaposition of exotic and domestic, Eric says, “I think it’s a fairly universal paradox: to want excitement and security at the same time. One of the great things about fiction is that you’re able, vicariously at least, to reconcile two such contrasting urges.” 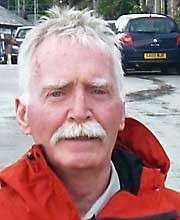 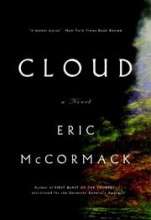