In The Cello Suites, Eric Siblin tells three fascinating and interwoven stories—one about Bach, the composer; one about Pablo Casals, who found a copy of Bach’s suites in a second–hand shop and who eventually brought them to public attention; and one about his own attraction to the music. Part biography, part music history and part music appreciation, The Cello Suites is a “passionate ode to the joy of discovery,” says the Times of London.

Shortlisted for the Governor General’s Award, the BC Award for Canadian Nonfiction, and the Writers’ Trust Nonfiction Award, The Cello Suites swept the Quebec Writers’ Federation Awards for 2009, winning the MacAuslan First Book Prize and the Mavis Gallant Prize for Nonfiction.

“Read The Cello Suites—preferably with their melodious hum in the background,” says The Economist, “and you will never look at a cello in quite the same way again.”

Eric studied history at Concordia University in Montréal and has worked as a staff reporter and pop music critic at the Montréal Gazette. His 2002 television documentary Word Slingers explores the curious subculture of competitive Scrabble tournaments. The film was broadcast in Canada and the U.S., and won a Jury Award at the Yorkton Short Film & Video Festival. Eric also co–directed the documentary In Search of Sleep, and he has written for a variety of magazines.

The Cello Suites is his first book. 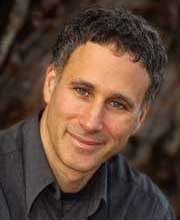 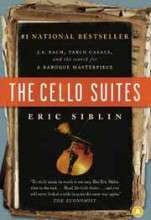