As a grade 5 teacher Eric Walters began writing to encourage the reluctant readers in the room. Stand Your Ground, Eric’s first novel, was born of this exercise and includes the names of many of the students in that class. In the two decades since that moment in the classroom, Eric has published 92 novels and picture books, with another ten books scheduled for the coming years. His most recent book is the dystopian novel The Rule of Three.

Acclaimed by teachers, reviewers, parents, and most importantly young readers, Eric’s novels have been translated into more than a dozen languages and have won more than 100 awards. He has the distinction of being the only author to win the Ontario Library Association Silver Birch and Red Maple Awards – in which over 250,000 students participate and vote the winner – three times.

Eric is an avid researcher and in preparation for his novels has walked across the Sahara, climbed Mount Kilimanjaro, and played with tigers. As well as being a prolific writer, he runs the Creation of Hope, an organization that provides food, housing, clothing, and educational materials for orphans in the Mbooni district of Kenya.

Born and raised in Toronto, Eric and his family now live in Mississauga. 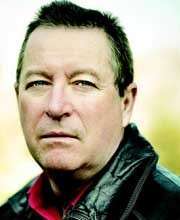 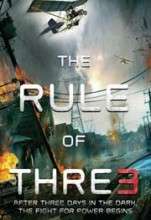