Esi Edugyan is an award-winning Canadian author of three novels and a work of non-fiction. Esi began writing in earnest in her teens. One of her high school teachers recognized her talent and directed her to the creative writing program at the University of Victoria, where she met her husband, the poet and novelist Steven Price. The couple, who both studied under the novelist Jack Hodgins, “continue to be each other’s toughest critics,” she says.

Though her first novel The Second Life of Samuel Tyne was a critical success, she had trouble securing a publisher for her second book. Instead, she accepted a writer-in-residence opportunity in Stuttgart, Germany, and while there was inspired to write Half-Blood Blues, which went on to be a finalist for many prestigious awards – the Man Booker Prize, the Governor General’s Literary Award, the Rogers Writers’ Trust Prize and the Orange Prize – and won the Scotiabank Giller Prize.

Her latest novel, Washington Black is about a young slave, an eccentric inventor, a murder accusation and a flight from Barbados across the eastern coast of America. What is freedom? Can a life salvaged from the ashes ever be made whole? 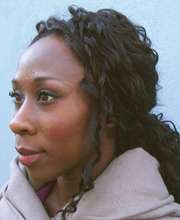