Every so often an historical novel comes along that breathes life into the musty figures of history. Sandra Gulland did it for Josephine Bonaparte, and now Eva Stachniak has done the same for Catherine the Great, the powerful and fascinating woman at the centre of Russia’s Imperial court.

The Winter Palace was an instant best-seller, climbing onto the list in its first week of publication. Accolades flooded in. “Baroque and intimate, worldly and domestic, wildly strange and soulfully familiar, “The Winter Palace” offers a flickering glimpse of history through the gauze of a deft entertainment,” wrote The Washington Post. The London Sunday Times called it “the kind of big, busty read that sends you back to the history books.”

Given Catherine the Great’s prominence, it is remarkable that Stachniak is the first novelist to tackle her story. “The Iron Curtain stopped much more than people and movement,” Eva said in an interview with the Globe and Mail. “It also stopped stories from penetrating, and these stories are only beginning to emerge into the blend.”

Eva’s understanding of European history and her empathy with Catherine the Great, an émigré from Russia to Germany, might be rooted in her own history: one of her grandfathers was an officer in the Imperial Russian Army and Eva herself is a migrant. Born in Wroclaw, Poland, she came to Canada in 1981 as an English PhD student at McGill University. Eva went on to work for Radio Canada International, and eventually became a faculty member at Sheridan College where she taught English until 2007.

Eva, who lives in Toronto, is currently hard at work on a second historical novel about Catherine the Great. 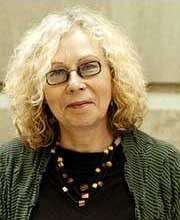 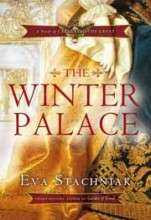