Frances Itani came to writing seemingly by impulse. In 1965, after a year of graduate nursing studies at Duke University in North Carolina, she visited her doctor for a physical before returning home. When he asked her what she planned to do with herself on her return, she surprised herself by answering that she would write fiction.

And write it she has. Since that day, she’s published twelve critically acclaimed and bestselling books. Her first novel, Deafening, won worldwide recognition; it has been optioned for film, sold and translated in 17 countries, won a Commonwealth Award, and was shortlisted for the IMPAC Dublin International Literary Award. It was also chosen for Canada Reads—English and French, won the Kingston Reads Award, and was chosen as College Book of the Year by Grant MacEwan College.

Frances’s next novel, Remembering the Bones, about a woman who suffers an accident en route to visit the Queen, earned her comparisons to Carol Shields and Marilynne Robinson. Of it, The Guardian (UK) said, “Frances Itani doles out lucidity, empathy and poetry in crackling equal measures.”

Her latest, Requiem, tells the story of Bin Okuma, a celebrated Japanese Canadian visual artist, who has recently and quite suddenly lost his wife. He and his son are left to deal with the shock, while simultaneously, Bin tries to come to terms with his family history of displacement during the Second World War. A story of loss, redemption, and abiding love, Requiem is a beautifully written and evocative novel about a family torn apart by the past and a man’s present search for solace.

Frances was born in Belleville. A member of the Order of Canada, she now lives in Ottawa. 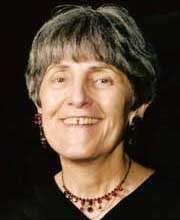 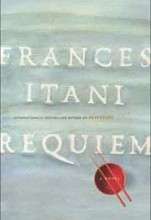