A mysterious impulse inspired Frances Itani’s literary life. In 1965, asked what she’d do after her nursing studies, she surprised herself by answering that she would write fiction. “I thought, ‘What have I just said?’ I’d never written a word of fiction. I can’t explain it.”

Since that day, she’s published sixteen critically acclaimed and bestselling books, including Remembering the Bones and Requiem. Her first novel, Deafening, made her an international star in 1993; it has been optioned for film, sold and translated in 17 countries, won a Commonwealth Award, and was shortlisted for the IMPAC Dublin International Literary Award. It was also chosen for Canada Reads–English and French.

Set in 1919 on the Bay of Quinte, the eagerly awaited sequel to Deafening is an extraordinary story of secrets withheld and secrets revealed. Tell features a young soldier struggling to recover from wounds, both visible and hidden, while his wife attempts to adjust to the trauma that overwhelms her husband. Frances’ second picture book, Best Friend Trouble, was released this spring.

Frances, a member of the Order of Canada, is also a 2011 alumna of Kingston WritersFest. She was born in Belleville and now lives in Ottawa. 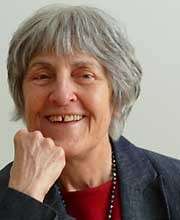 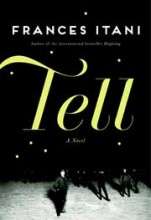