“The novel I’m working on now, The Spawning Grounds, once again moves into the stories of the Shuswap nation, and the landscape that inspired those stories. I rather imagine I will keep returning to these stories for inspiration in one way or another as I grew up hearing them and they are rooted so very deeply in the landscape that I love.”

Gail was born in Salmon Arm, British Columbia and achieved national and international acclaim for her first novel, The Cure for Death by Lightning. Since then she has staked out a part of Canada that is uniquely her own. As she explained in a 2009 interview, “I grew up in the Shuswap-Thompson region, in south central British Columbia, an area with a history that goes back at least 10,000 years into the stories of the Secwepemc, or Shuswap nation.”

The Spawning Ground explores the intertwined lives of Hannah and Brandon Robertson — teenagers raised by their grandfather after the loss of their mother — and Hannah’s best friend, Alex. The Robertsons, descendants of homesteaders who settled in the area in 1860, live on one side of a river; Alex, a member of the Shuswap First Nations community, lives on the other. In a style that has moments of magic realism, the narrative draws on Shuswap myths and culture and that moves between past and present, and the author asks whether white and Native communities can find a way to span the differences that, like the river, both divide and unite the two worlds.

After nearly a decade of teaching within the Optional-Residency MFA program in creative writing at the University of British Columbia, Gail now mentors writers around the world through her own online forums. She also hosts the Providence Bay Writers’ Camp for adults from her summer home on Manitoulin Island, Lake Huron, Ontario. 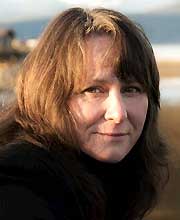