“I feel that I am often going for a dynamic in my work where my writing can be reread and interpreted differently,” says Garry Thomas Morse. “In my case, whether the culture is First Nations, Jewish, Celtic, or Orthopteran, I think the key is to keep moving, moulting, sloughing, and changing, lest one be put under glass or pinned to a wall while still wriggling.”

Garry is the author of seven books of poetry and several historical and speculative fiction novels. He is a two-time nominee for the Governor General’s Award for his poetry collections, Discovery Passages about his ancestral Kwakwaka’wakw First Nation (also voted One of the Top Ten Poetry Collections of 2011 by the Globe and Mail and One of the Best Ten Aboriginal Books from the past decade by CBC’s 8th Fire), and Prairie Harbour which traces multiple lines of his mixed ancestry, and a two-time nominee for the ReLit Award for Minor Episodes/Major Ruckus and Rogue Cells/Carbon Harbour.

His latest poetry book is Scofflaw. Essentially one long, playful poem, the book is an exploration of Indigenous-Settler relations amid globalized pressures. In it, ‘we’ carries on a lyrical discourse with the shadowy figure of Scofflaw, culminating in a metaphysical trial that Scofflaw tries to worm its way out of with all the literary prowess it can muster. 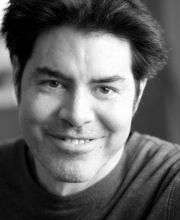