Before she turned to writing full time, Genni Gunn was an accomplished musician who toured Canada with a variety of bands, performing vocals and playing bass guitar and piano. Music remains a source of inspiration. From her highly nuanced, multi-layered narratives to her pitch-perfect characterizations, Genni’s writing always sings.

A highly versatile author, Genni has been a finalist for the CBC Literary Awards in all three categories—fiction, personal essay, and poetry. She has published nine books: three novels, including Tracing Iris, which has been optioned for film; two short story collections; and two poetry collections; as well as two translations of poetry from Italian.

Genni’s opera, Alternate Visions, premiered in Montreal in 2007 and was projected in a simulcast at The Western Front in Vancouver; and her poem, “Hot Summer Nights,” has been turned into classical vocal music by John Oliver, and performed widely internationally.

In Genni’s latest book, the gripping literary mystery, Solitaria, an unearthed body in Fregene, Italy throws a family into turmoil. Now scattered over three continents, the siblings regroup to discover the truth about their dead brother. Set against the countryside of Italy’s Adriatic coast, Solitaria is a tale of longing and family honour.

Born in Trieste, Italy, Genni came to Canada when she was eleven. She lives in Vancouver, where she teaches Creative Writing at Kwantlen Poytechnic University.

For a taste of Solitaria, watch this video. 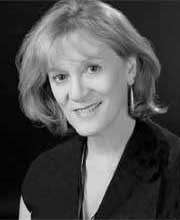 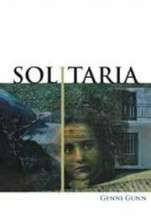