Geoffrey James is a photographer with few peers. Hailed as “driven, courageous, prolific and refreshingly relevant” by fellow photographer Scott Conarroe, the description hardly does him justice. With a background in journalism and arts administration, Geoffrey’s eye for detail is as precise as it is nuanced.

Photography, says Geoffrey, has “a mnemonic power that no other medium has, a power to recall things, which painting doesn’t have.” In his latest book of photography, Inside Kingston Penitentiary, Geoffrey brings all his skill to bear. In a series of his trademark black-and-white photos, he shows us the pen through the same lens that has brought us first his photographs of sylvan gardens and parks and later the wastelands of mining sites and international borders.

Winner of the Governor General’s Award in Visual and Media Arts, a Guggenheim fellow, Geoffrey is a member of the Royal Academy of the Arts. Utopia/Dystopia: The Photographs of Geoffrey James was mounted by the National Gallery of Canada in 2008.

Born in Wales and educated at Oxford, Geoffrey has been an active photographer since the 1970s. Geoffrey moved to Montreal by way of Philadelphia and now makes his home in Toronto. 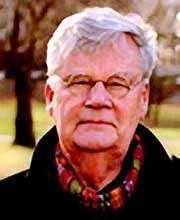 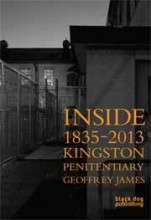