“There has been so much serendipity in my life as a poet. I can complain of nothing,” declares George Elliott Clarke.

Fittingly, his latest volume of poems, Traverse, was “a happy accident,” the result of a one-day poetry marathon. When George found himself back in his home city of Halifax–30 years to the day since he’d written his first poems as an alienated black teen there–something ignited a creative explosion.

“I spent most of July 1, 2005, writing 854 lines reflecting on my adult life as a poet,” he recalls. Traverse, an autobiographical sequence that celebrates his more than three decades of writing poetry, is the outcome.

George, Toronto’s fourth poet laureate, is also an acclaimed playwright and novelist. His many honours include the Governor General’s Award for Poetry for his collection Execution Poems, the Dr. Martin Luther King Jr. Achievement Award, and the prestigious Trudeau Fellow Prize. His poetry collection Whylah Falls was a Canada Reads selection. His essay collection Odysseys Home: Mapping African Canadian Literature, based on extensive excavations of archives and texts, identifies African-Canadian literature’s distinguishing characteristics, and argues for its relevance to both African Diasporic Black and Canadian Studies. 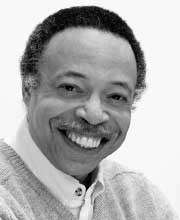 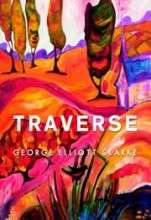