Glenn Dixon is a musician with a passion for words and travel. Or, maybe he’s a writer with a passion for music and remote corners of the world. However you look at it, his three great passions – language, travel, and music – have taken Glenn to every corner of the globe, more than 65 countries in all.

A socio-linguist, Glenn was first fascinated by language, a preoccupation that resulted in Pilgrim in the Palace of Words: A Journey Through the 6,000 Languages of Earth. “Languages, as one philosopher said, are the Houses of Being,” he writes. “And I wanted to journey to these houses. I wanted to strut up their sidewalks. I wanted to knock on their doors and peek in their windows. I wanted to see what they were hiding in their basements…even if it meant a little bit of trouble.”

Tripping the World Fantastic: A Journey Through the Music of Our Planet brings this Calgary author back to his ruling passion, music, as he wanders the world in search of answers to fundamental questions: Why is it that every culture has always had music? (A flute found in a cave in Europe, he notes, is 44,000 years old.) Why do we get a frisson from certain kinds of music – the skirl of bagpipes or minor haunt of the bouzouki? How does a song worm its way into our brains and stay lodged there for days?

As a musician – he plays guitar in the electronica band, Global Chilling – Dixon seeks answers in the latest scientific literature on neurology, evolutionary psychology and genetics. But he also tours Bob Marley’s house in Jamaica and takes sitar lessons in India in his quest to understand why we simply can’t live without music.

Dixon has written travel pieces and essays on culture for National Geographic,The Walrus, The Globe and Mail and Psychology Today. He is also a photographer and has worked on documentary films in Egypt, Tibet, Russia, Peru, Ecuador, and Turkey, among others. His band’s first album, Climbing the Tower of Babel, deploys sound bites taken from his films. For 20 years, he was a high-school English teacher with the Calgary Board of Education. He credits those years with helping hone his writing skills.

“To be a good teacher or a good writer,” he says, “you have to learn how to capture imaginations.” 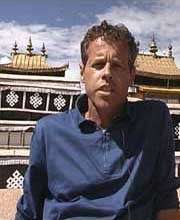 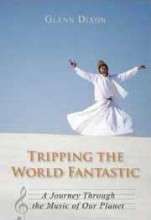