Graeme Smith works as a senior analyst for the International Crisis Group in Afghanistan. He previously served as a foreign correspondent for The Globe and Mail newspaper, with postings in Moscow, Kandahar, Delhi, and Istanbul. He also worked as an adjunct scholar for the U.S. Naval Postgraduate School.

His awards include three National Newspaper Awards, two gold prizes at the National Magazine Awards, and the Michener Award for public service granted once a year by the Governor General of Canada. He also won an Emmy for a video series that recorded the opinions of Taliban fighters.

His bestselling book, The Dogs Are Eating Them Now: Our War in Afghanistan was nominated for four literary awards and won the Hilary Weston Writers’ Trust prize for non-fiction, Canada’s richest honour for non-fiction. The Gazette called it “the most hard-won and heartfelt piece of journalism that exists on Canada’s longest war.”

Appearing in: 20. The Big Idea: Addressing a Crisis 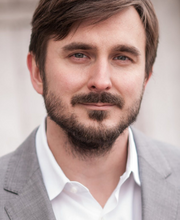