“The only thing I wanted to be as a child, after fireman, was a stuntman”, says Greg Hollingshead. “Now my alternative occupation would be stand-up comedy. It’s a writer’s profession.”

No wonder Greg brings a comedian’s superb timing and delivery to his public readings. No wonder those readings often leave his listeners in stitches.

But wit is only one of Greg’s many strengths. He’s equally celebrated for his probing intelligence, his empathy, and his lucid prose. “An imaginative tour de force,” said Elizabeth Hay of his novel, Bedlam. “[A] tough, textured book, vibrant and complex and compelling,” adds author Michael Crummey. “Wild, weird, and wonderful: Hollingshead has perfectly fitted his voice to his subject and crafted these tales with astonishing skill,” said Kirkus Reviews of The Roaring Girl.

The author of three collections of short fiction and three previous novels, Greg is the recipient of numerous awards and honours, including a Governor General’s Literary Award for The Roaring Girl, and the Roger’s Writers’ Trust Fiction Prize for The Healer.

His latest release, Act Normal, is a collection of sharp and comic stories about sex, art, and the daily risk of having accidents. Set in the treacherous terrain of the everyday, these stories are about the quest to find love and truth in a broken world.

Professor Emeritus at the University of Alberta, former Chair of the Writers’ Union of Canada, and Director of the Writers’ Studio at Banff, Greg has received the Lieutenant Governor of Alberta Gold Medal for Excellence in the Arts and is a Member of the Order of Canada. He lives in Toronto with his wife Rosa Spricer. 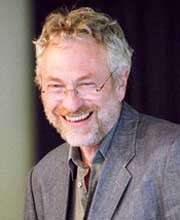