Gregory McCormick serves as the Manager of Cultural and Special Event Programming for the Toronto Public Library, where he oversees the cultural and literary programming for one of the largest library systems on the planet. His portfolio includes managing the development and delivery of high-profile, citywide literary programs and event such as the author series at the Appel Salon, the eh List Canadian Author Series, and the Library’s Heritage Celebration programs. In 2018 he spearheaded TPL’s biggest series yet, “On Civil Society,” which consisted of thousands of year-long free activities to encourage people to “get out of their social-media echo chambers.” Gregory comments that, “particularly on social media, we’ve kind of forgotten how to disagree with each other… we live in this world where our impulse is just to dismiss someone who has a different point of view or a different world view than our own.”

Prior to his work at TPL, he spent six years as the Director of Programming at the Blue Metropolis Montreal International Literary Festival, which is the largest multilingual literary festival in the world.

Originally from the United States, he has a Master’s Degree in English and Comparative Literature from the University of Montreal, and lives in Toronto. 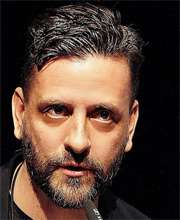