Guy Gavriel Kay is one of the most respected writers of speculative fiction in the world. His ten groundbreaking novels vividly evoke real places and real times such as medieval France, Renaissance Italy, and early medieval Spain; these parallel worlds allow him to examine the possibilities of what is, what might have been, and what could be—while challenging the conventions of what fantasy fiction can do. “History with a twist,” he calls it. Readers call it brilliant.

Guy’s books have been translated into twenty–two languages, with over two million copies in print. He has received numerous literary awards, including the World Fantasy Award for Best Novel, and the International Goliardos Prize for his contribution to the literature of the fantastic.

His latest novel, Under Heaven, is inspired by the glory of Tang Dynasty China. The Globe and Mail describes it as “virtually everything a reader could want in a book: a thrilling adventure, a love story, a coming-of–age tale, a military chronicle, a court–intrigue drama, a tragedy and on and on. It is a sumptuous feast of storytelling, a beautifully written tale with a beating, breaking heart at its core that will have readers in tears by its final pages.”

Born in Saskatchewan and raised in Winnipeg, Guy went to Oxford as a young man to help in the editorial construction of Tolkien’s posthumously published The Silmarillion. He later studied law at the University of Toronto, and became Principal Writer and Associate Producer for the CBC radio series, The Scales of Justice, dramatizing major criminal trials in Canadian history. Before he became known for his fiction, Guy, also an accomplished poet, published in major Canadian literary journals such as The Antigonish Review and Prism.

He lives in Toronto with his wife and sons. 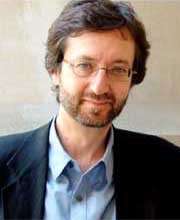 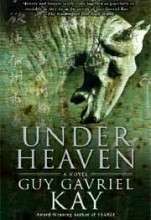