“No one forgets meeting Hal Wake the first time,” says U.S. literary critic and writer John Freeman, “he’s like the literary Santa Claus, with the beard and just the general all-over kind of bearish friendliness.”

Hal has been engaged with the literary community in Canada for more than 30 years. He has conducted on-stage interviews with Alice Munro, David Mitchell, Rohinton Mistry, Margaret Atwood, Salman Rushdie and Michael Chabon, amongst many others. In the mid ’80’s he was the book producer for CBC Radio’s Morningside with Peter Gzowski. He left the CBC in 1997 after hosting the Vancouver morning program, The Early Edition.

Hal has moderated hundreds of literary events at Festivals in Vancouver, Victoria, Sechelt, Kingston, New York, London (UK), Auckland, Christchurch, Melbourne and Sydney Australia. Hal is an Honorary Member of the Writers Union of Canada. He was the Artistic Director of the Vancouver Writers Fest, one of the country’s largest literary festivals (and the model for Kingston WritersFest) for seventeen years. He is also hopelessly addicted to baseball on TV.

Appearing in: 10. The Voices of Ghosts

2018: International Marquee, The State of the Book 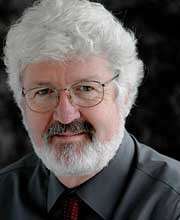